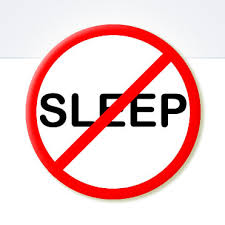 If it’s 3 a.m. there’s a good chance I’m wide awake.  I’m either up because I have to pee, my dogs are barking at some imagined threat (THE WIND IS GOING TO KILL US ALL!) or my brain is trying to process 3,167,414 thoughts at once.  Usually, it’s the brain thing.

That is, after all, one of the hallmarks of anxiety.  The inability to, as John Lennon suggested: “Relax, turn off your mind, and float downstream”.  That line is officially credited to The Beatles, but we all know it was the best one that wrote it.  Of course he’s the best one.  Even though they had a guy named Pete Best.  Before Ringo came along.  Or Richard.  That’s his real name.  What the hell is John Wayne’s real name?  Marvin?  Marion?  Mrs. Cunningham’s name on “Happy Days” was Marion.  A few happy days would be nice…

The previous paragraph was difficult to navigate right?  That’s what I’m talking about when I say my brain won’t turn off.  Thoughts come careening in only to be replaced haphazardly milliseconds later by new ones.  Then those lead to even more.  Pretty soon it’s 4 a.m. and I’ve wondered what the guy who played Potsie is up to these days, peed twice (hey, I’m up, might as well) and I’m STILL not sure what John Wayne’s real name is.

Strangely enough, I sometimes enjoy being wide awake in the middle of the night.  It’s dark.  It’s quiet.  Emails and texts aren’t buzzing my phone.  No one expects anything from me at 3 o’ clock in the morning.  I don’t have to pretend smile. There’s no one awake in the house to judge me for eating three butterscotch puddings.

I never enjoy it for long though.  Pretty quickly I start worrying that I’m going to be less than sharp when my day starts.  That I’ll suffer from not getting enough sleep.  My heart starts to beat a little too fast and my head hurts.  If I’m lucky I can fall back asleep 30 minutes before my alarm goes off.

And then I’m UP.  Not really awake, but up.  I’m exhausted even after having gone to bed more than 8 hours ago.  I start another day tired and scared, but I’m used to it. You learn to function. Not at top speed but at least effectively. Staying organized and focused is hard so you have 1300 Post-Its stuck to your monitor (I have TWO monitors – one to look at and one specifically for Post-Its), notes scribbled on scraps of paper all over your desk and a bunch of alarms scheduled on your phone. Somehow though, you still forget to do things. People assume you’re lazy or disorganized. I AM those things and adding depression, anxiety and lack of sleep makes people assume I’m possibly a sloth in a human suit.

2 thoughts on “Who Needs Sleep?”